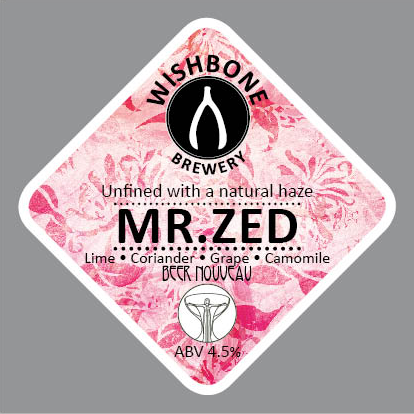 Lets start this off with some facts….

…or so you would think…

Roll on to yesterday, 26th October…

7.30am I get a Twitter message from the local paper saying they want to talk to me.
around 9.30am I get a call from a reporter in London.
London reporter emails me this.
Email arrives from local paper.
Local paper phoned for a chat.
Start seeing the online news media picking up the story.
Receive literal exact transcript of Rajan Zed’s statement in email from rajanzed@gmail.com (I don’t reply because its hard to know if a Gmail account is real or fake)

At this point its starting to be a very weird morning!

This is old news, its no longer a story, it was 2 months ago and we already said we would change the name.
I’ve learned what Cultural Appropriation is and found out that Hinduism sounds like a pretty good religion with a lot of sensible, moderate attitudes in its teachings.
It would have been polite if Mr Rajan Zed had simply emailed or phoned us first then we could have explained that the name had been chosen in all innocence and no offence was meant to anyone, this would have saved him sending the rather sensationalized press release to multiple agencies and it would have been explained that we knew about the name by 26th Aug and had already stated we would change it.

…if I may pick a few points from the Rajan Zed press release:

We are a very small company, we don’t see ourselves nor ever want to, as a profiteering company.

Moreover, linking Lord Ganesh with an alcoholic beverage was very disrespectful where he seemed to be in the company of beers named “Rascal”, “Bandit”, etc.

Rascal – “Ooo, He’s a cheeky little rascal” Its like a Grandma talking to their cheeky little grandson.
Bandit – We used to have a Siamese cat, he was called Bandit, he had really big Maaaaws and was ace.

Here is a passage from a website I was reading – http://www.hinduhumanrights.info/a-hindu-view-on-drinking-alcohol/

Does one have to abstain from alcohol to be a Hindu?

Certainly not. But to be a good Hindu one should learn to use substances like alcohol with restraint and knowledge of their potential side effects.

What amazingly wise words and something we should all remind ourselves of from time to time.

Should we ever happen to brew this beer again I hope Mr Rajan Zed approves of our tribute to him and the teachings of Hinduism. And Mr Zed, if you are ever in Keighley, Yorkshire, England you are very welcome to call in and tour our little family-funded brewery.